Let’s put those 2 facts into a little bit of perspective.

2006 was considered the peak of the real estate market in Yuma.  In 2006, people we lining up to buy homes.  Investors were coming over from California to snatch up any property they could.  Home builders started refusing to sell to investors.  In fact, in a lot of neighborhoods, you would have to enter your name in a lottery, and then wait and see if your name was drawn as one of the lucky people who got the privilege to build a new home.  And even then, the lot and floor-plan you could buy were dictated by the builder.  That is what you call a seller’s market.  Everyone wanted to buy, and homes were selling fast.  1,811 homes were sold that year.  That was followed by 4 straight years of only 12 – 1400 homes selling.

Most people don’t realize this, but for 3 years straight now, more homes have sold in Yuma county than back during the boom in 2006.  Look at this chart: 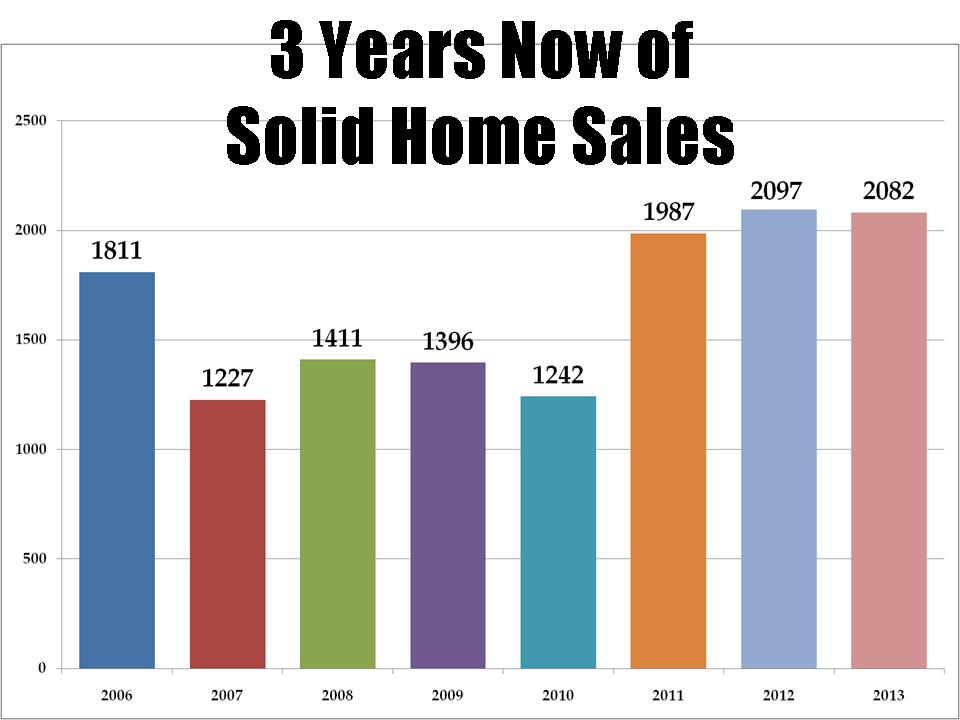 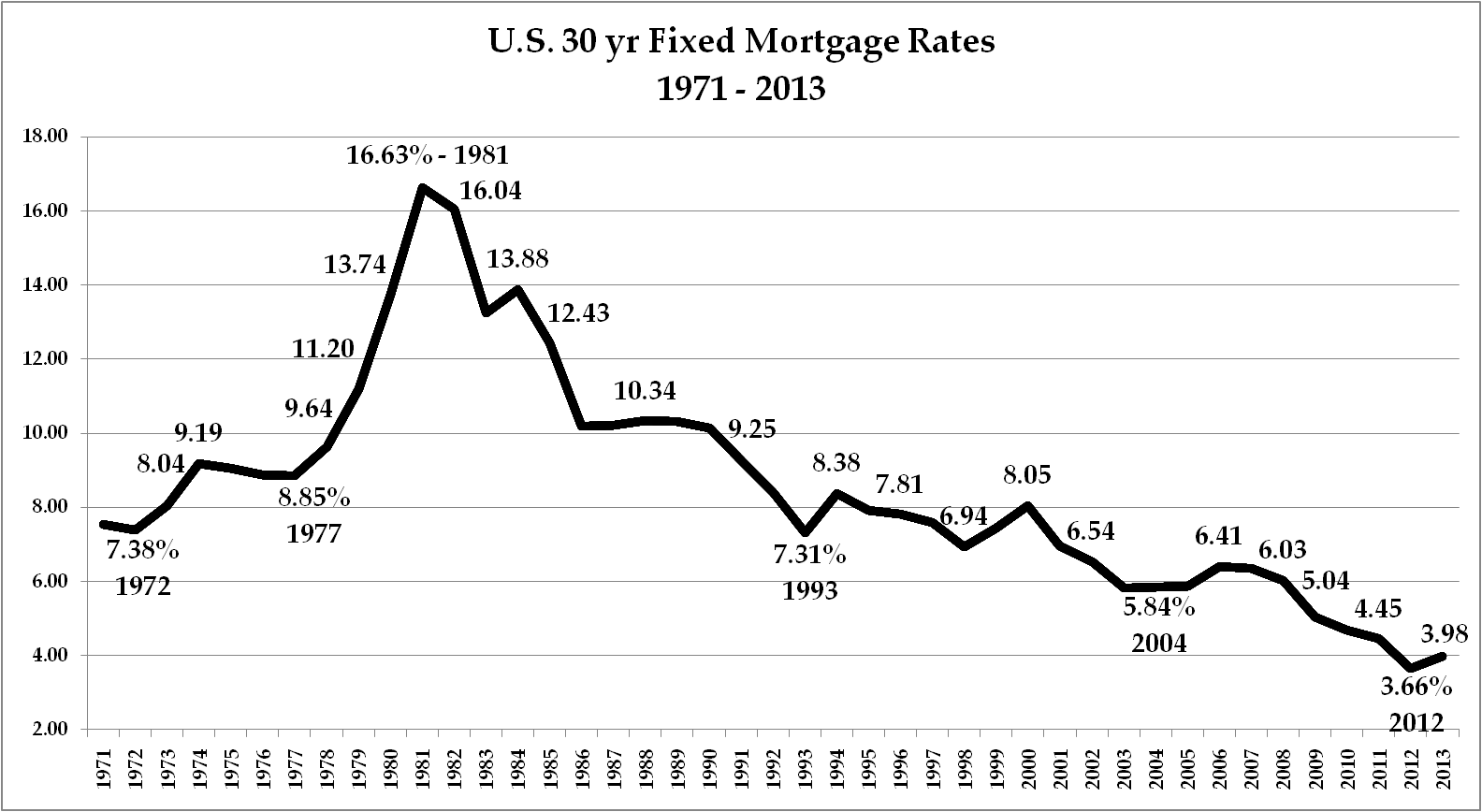 Now, back to the average sales price.  2013 was the first year we have seen an increase in the average home price in Yuma in the last 8 years.  If you map it out on a graph, the market hit bottom in late 2011 to early 2012, and has started to rise again. 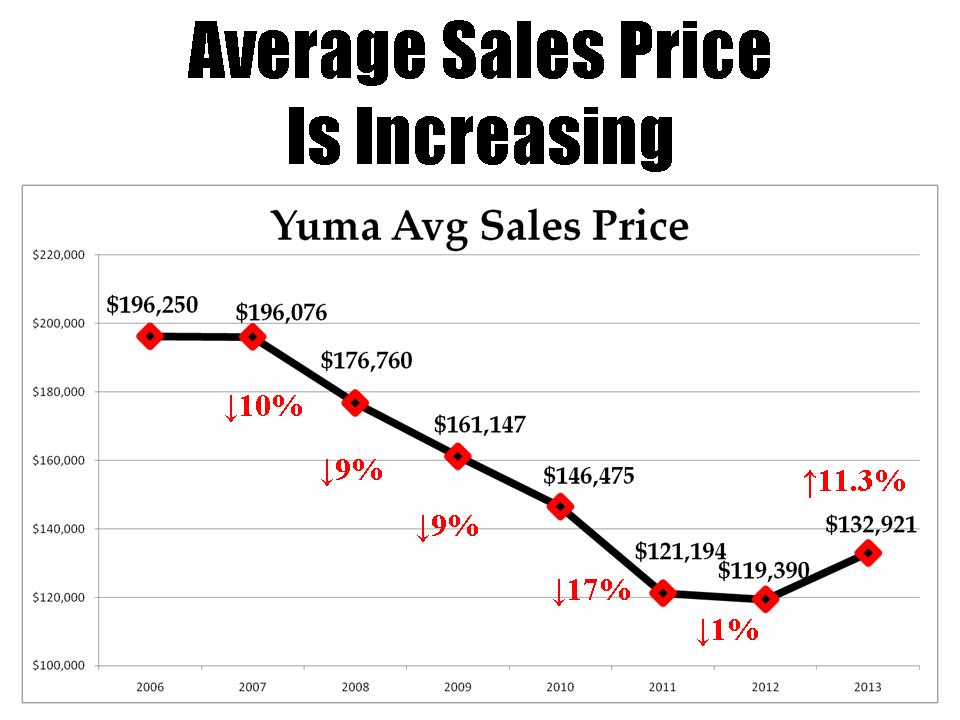 One thing I didn’t realize until I went back and looked is that it has been a full 2 years since home prices hit bottom.  February of 2008 was the lowest average sales price we have seen in Yuma. 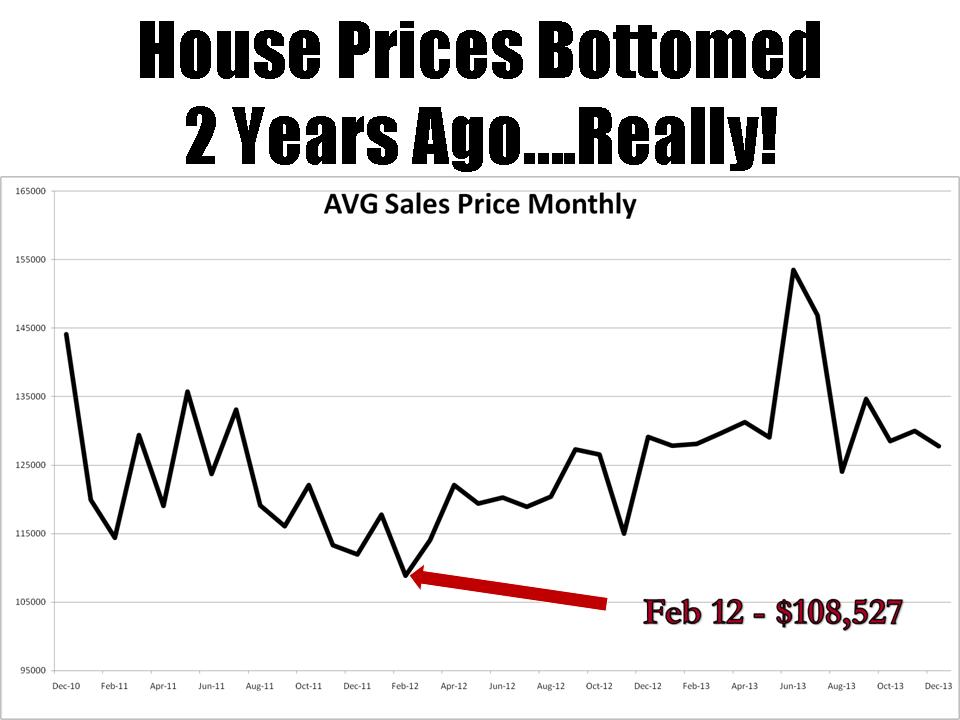 I think that is significant.  Yuma is a healthy real estate market where homes are selling and prices are going up.  If you are buying a home, you can get a nice home for an affordable monthly payment.

If you have been wanting to move up to a bigger home, now might be a good time to look into it.  Here’s why.  Markets rebound from the bottom up.  In real estate, the “bottom” means starter homes for first-time buyers.  The bottom of the market has to start moving before the higher levels, the move-up homes and the custom homes will pick up.  That’s exactly what we have been seeing. 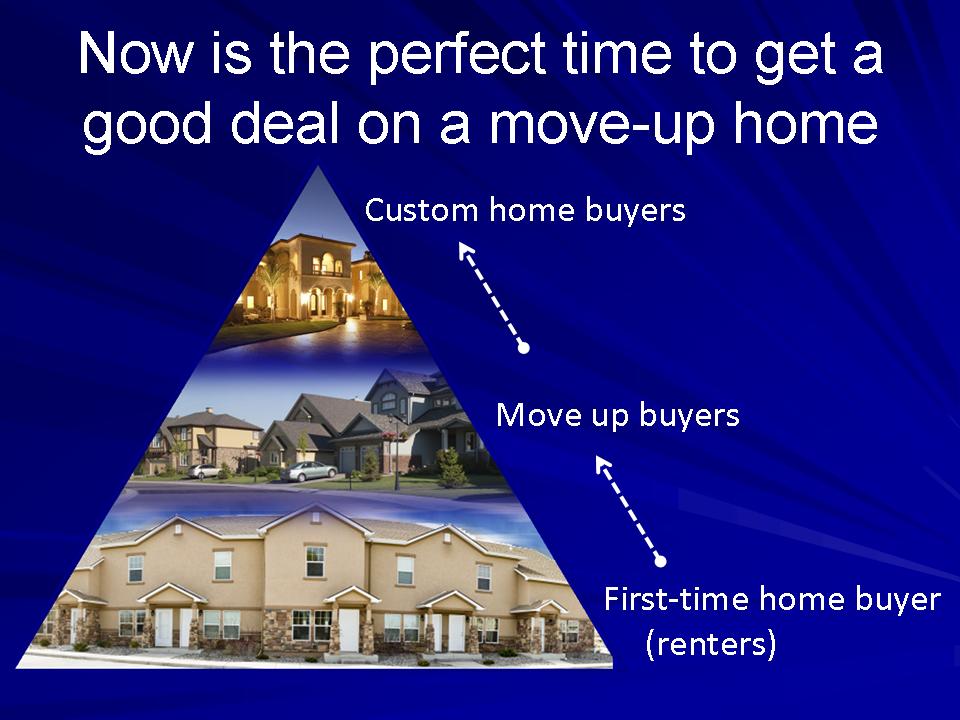 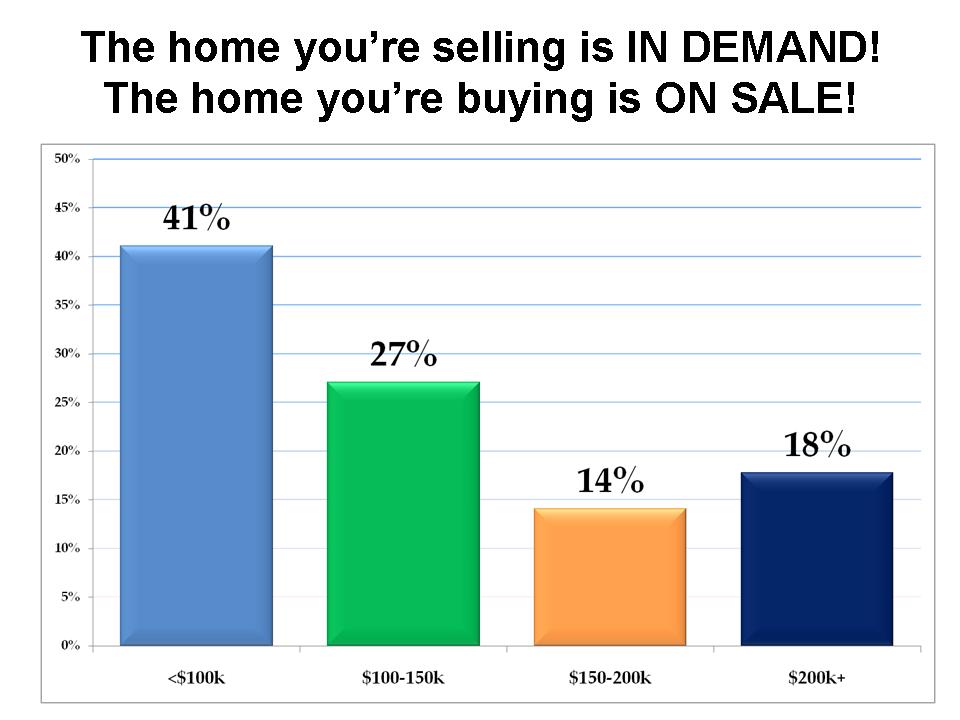 That also means that the bigger house you want to buy is in the price range where homes aren’t selling quite as quickly.  You can still get a good deal on the next home.  Something to think about.

You might think you will have to take a loss to sell your house.  That might be true, but that is actually not as common as you might think.  According to data from zillow, even during the worst of times in Yuma, most homes were sold for a gain. 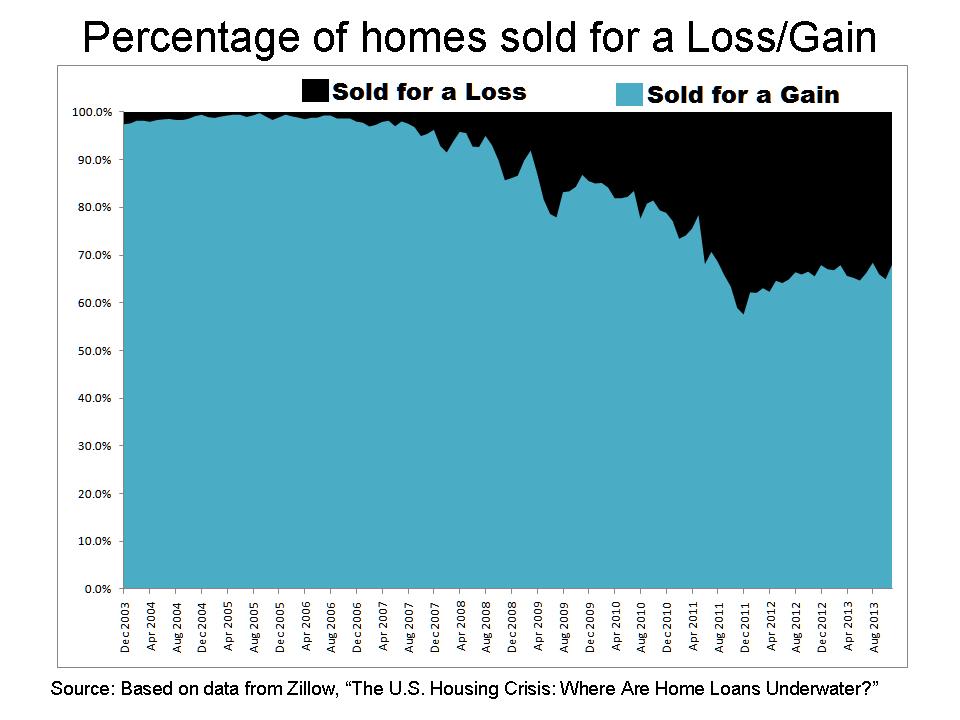