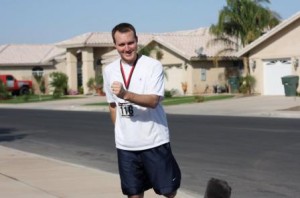 Here’s the article that prompted me to finally create this site.  This is from Seth Godin, who is a genius.

Shipping is fraught with risk and danger.

Every time you raise your hand, send an email, launch a product or make a suggestion, you’re exposing yourself to criticism. Not just criticism, but the negative consequences that come with wasting money, annoying someone in power or making a fool of yourself.

It’s not clear you have much choice, though. A life spent curled in a ball, hiding in the corner might seem less risky, but in fact it’s certain to lead to ennui and eventually failure.

Since you’re going to ship anyway, then, the question is: why bother indulging your fear?

In a long distance race, everyone gets tired. The winner is the runner who figures out where to put the tired, figures out how to store it away until after the race is over. Sure, he’s tired. Everyone is. That’s not the point. The point is to run.

Same thing is true for shipping, I think. Everyone is afraid. Where do you put the fear?