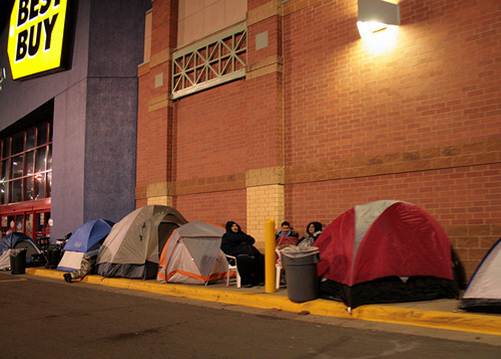 Nine days prior to the Black Friday opening, people were pitching their tents outside Best Buy to be first in line.  I took a close look at the Best Buy ad.  There were some great deals.  According to my math, the average savings on the front page "door buster" items was 24% off list price.

Toys R Us opened at 10pm Thanksgiving night.  At 10pm, I was standing in line with my wife outside the store, waiting in line to get in.  Actually, I was at the back of the line, which was nowhere near the store.  The line started at the front door, wound back and forth, all the way past the furniture store next door, around the corner, and down the street into the neighborhood.  There were hundreds of people standing in line in the freezing cold, waiting to get into the toy store.  There was a guy on the corner selling hot chocolate.  By the time we got into the store, a lot of the best deals were already sold out.  The checkout line started right inside the front door and wrapped in and out of every aisle.  There was an employee at every turn to guard against people cutting in line.  By the time we got out of the store, it was almost 1:30 am.  Total savings?  About $40 bucks.  We purchased a grand total of 3 items. 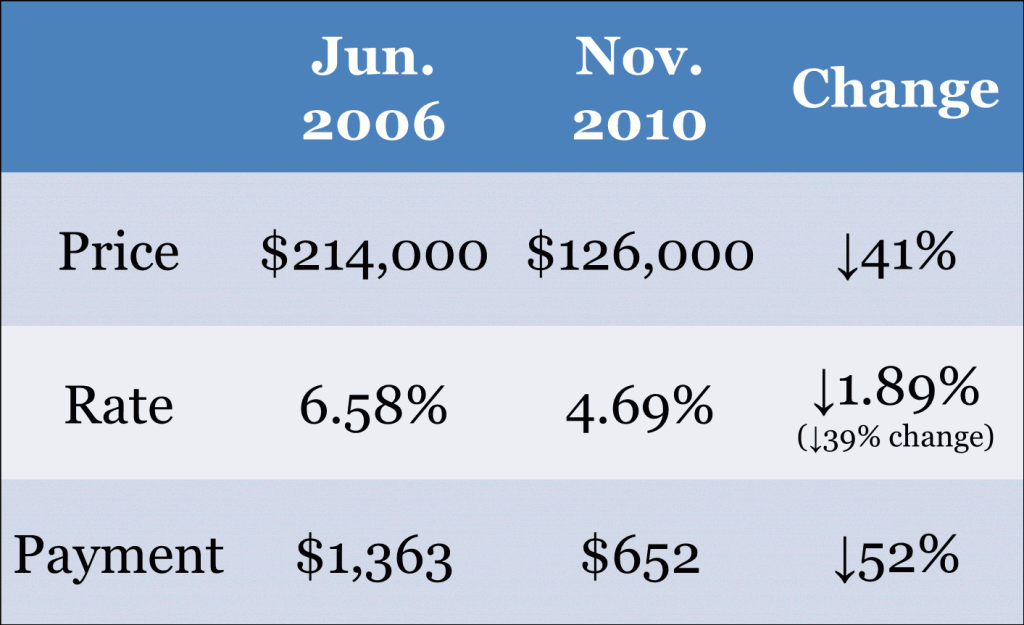 Let's think about this.  Best Buy marks 24% off electronics, and you have people camping out in front of the store.   Home prices are down 40%, rates are a full 2 percentage points lower; and when you put those 2 things together, your monthly payment is going to be less than half what it would have been 4 years ago.  Where are the people camping out to buy homes?

Actually, I know where they are.  Almost everyone on the sidelines of the housing market fits into 1 of 2 categories:

The qualification issues are real and legitimate.  There are the people who want to buy but can’t because of credit problems, lack of cash, or income or job security worries.  However, my experience has been that in a lot of cases, people think they can’t qualify, but they really can.  That's what I mean by confidence issues – some people lack the confidence that they can buy, while some are lacking the confidence that now is a good time economically to buy.  In my opinion, both of these are largely a factor of misinformation (more on that here).  The fact is, homes are on sale, rates are low, and it's cheaper to own than to rent in Yuma right now.  It's hard to go wrong with facts like that.